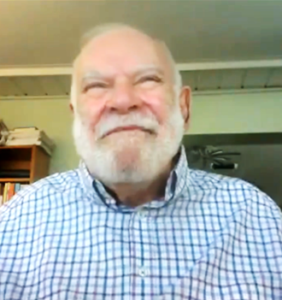 What is Spirituality?
Andy LePage, Ph.D.

For the past three years I have hosted a small group we call “Spring Hill Spirituality Group.” It meets twice a month, most recently on the 1st and 3rd Mondays, from 2-4 PM at my house. Since the vaccinations, we meet both face to face and on Zoom. If you wish to be a part of this group, my address is 1185 Macfarlane Ave, Spring Hill 34608 (somewhat behind the Spring Hill Drive library, 727-517-1148). If you wish to join by Zoom, here is the link which a friend (Rita) hosts for us:
In this issue of Pinesong I want to explore the difference between Religion and Spirituality, and in future issues to delve more deeply into Spirituality, as well as provide a question and answer column.

I think the best way to understand Spirituality is to differentiate it from Religion.

Religion
Religion refers to the doctrine, dogma, personal beliefs, and worship that is given to God in thanksgiving for being called to life. Within religion, God is presented in specific ways, sometimes in paradoxical human and divine forms. Depending on one’s culture, God can lean toward racial stereotypes, and depending on a church or temple’s teaching, this God can be ascertained via sacred books: the Hebrew Bible, the Christian New Testament, the Book of Morman, the Quran, and other books deemed holy by the religious institution.

Although Genesis tells us that we are made in God’s image, I, and many others believe that the opposite is true. (This viewpoint made for lively discussion with my seminary professors!) I believe we make God in our image and we see holiness in those who resemble us. So, I stand with the Greek poet Xenophanes (560-478bce) who said,
“Ethiopians imagine their gods as black and snub-nosed; Thracians blue-eyed and red-haired. But if horses or lions had hands, or could draw and fashion works as men do, horses would draw the gods shaped like horses and lions like lions, making the gods resemble themselves.”

Several years ago the theologian Marcus Borg made a defining statement about the God found in religion when he said in a talk at Princeton: “Tell me your image of God, and I will tell you your politics.” The futurist David Korten reversed Borg’s statement and made it speak directly to our current times, stating, “Tell me about your politics, and I will tell you about your God.”

Prayer: Making Contact
Almost all the world’s religions have some form of prayer which they teach as a way of making contact with their God. In some cases, God can contact His people directly via an experience or via some of His messengers or manifestations, such as the Bahai’s Bahaullah, the Old Testament prophets, the New Testament saints, Jesus’ mother Mary, and the Muslim prophet Muhammid. All of these people and experiences become known via prophecies, apparitions, sacred texts, and myth. Because God has come to people within a patriarchal culture, God is always a “He” even though a God would necessarily be genderless.

Hinduism, the world’s oldest religion (dating back more than 4,000 years) is the third largest religion in the world behind Christianity and Islam. It currently has 900 million followers, with 95% living in India. It has always been an open religion without the dogmas of most other religions, so some Hindu’s worship Siva, some Krishna, some other gods and goddesses according to their family and local traditions, and some are Atheists. Prayer is part of puja (Sanskrit for adoration), a way of directly communicating with God.

Religion holds that humans are at the top of the creationary ladder, and as such, have been called to live a certain way. The church, temple, ashram, or mosque certifies that their adherents live in this certain way when they accept official understanding or pass certain tests that are concocted by the religion and its overlords. Hence, a religious institution states what its terms of membership are, and how people who wish to participate must comport themselves to be in good standing.

In general, religions do not accord equal status to each other. Each religion believes it not only harbors truth, but that it alone has the truth. One Christian preacher I know speaks of himself alone proclaiming the “pure gospel,” meaning that most other religious approaches are in a bit of a one-down position compared to him and his messages!

There are those who believe that religion is used to divide and persecute people, going against its real value and stated purpose to love and see God in all. Karl Marx, the German philosopher (and the least funny of the Marxes!) in his Critique of Hegel’s Philosophy of Right, called religion “the opium of the people.” He said that religion was not only used by those in power to oppress the workers, but it also made the workers feel better about being oppressed when they couldn’t afford real opium. Marx thought that if the comfort blanket of religion was taken away, at last the workers would have to do something about their terrible condition.

The acerbic British-American writer Christopher Hitchens said, “We do believe in religion — at least for other people. It is a means of marketing hope, and of instilling ethical precepts on the cheap. It is also a form of discipline.”

However, for many believers, religion is a rock-solid connection to their God and they live their lives according to century-old principles and doctrines that nourish them, although many who receive this nourishment may be less bothered by how their religion has played out in history.

Spirituality
Simply put, Spirituality is the recognition of the interrelationship of all creation and the human’s need to stand before it in awe and wonder. This standing in awe and wonder brings humans to their “knees” due to profound gratitude for being alive and being able to participate fully in living life.

Spirituality involves the recognition that there is something – some power, some energy – that is greater than oneself, which seemingly needs all of creation to participate with it. Spirituality holds that this greater whole of which we are a part, is cosmic in nature, and that everything in creation is both manifestation and agent of this great spiritual intelligence. Spirituality recognizes the face of this intelligence in every human being, animal, insect, and grain of sand. In searching for terminology to communicate about this epic power — spiritual people call it mystery, darkness, transcendent, mystical, metaphysical, and divine.

An essential part of spirituality is both an open heart and an open mind. Spirituality recognizes that revelation is ongoing, that it has never ceased in all the nearly 14 billion years that we believe the Earth has been in existence, and that it comes to us in many forms. Also, spirituality does not conceptualize or “box in” beliefs. Rather, its beliefs are open-ended and shared without judgment.

David Korten says that,
“Spirituality leads to a politics of community, shared purpose, and mutual service . . . and within this belief system, to do harm to another being is to harm oneself. We see ourselves as agents of that creative journey and find our ultimate fulfillment in devoting ourselves to it.”

In closing, we can say that spirituality is a life-long journey in which we seek, share our experiences, and together stand in awe and wonder at that which is both in the here and now and yet unfathomable!
————–
Thanks for reading. Please feel free to agree or disagree with what you read here. Also, please send any questions to me at andy@sfweds.biz  I will try to answer them in this column, or ask others — in or outside the field — to do so.